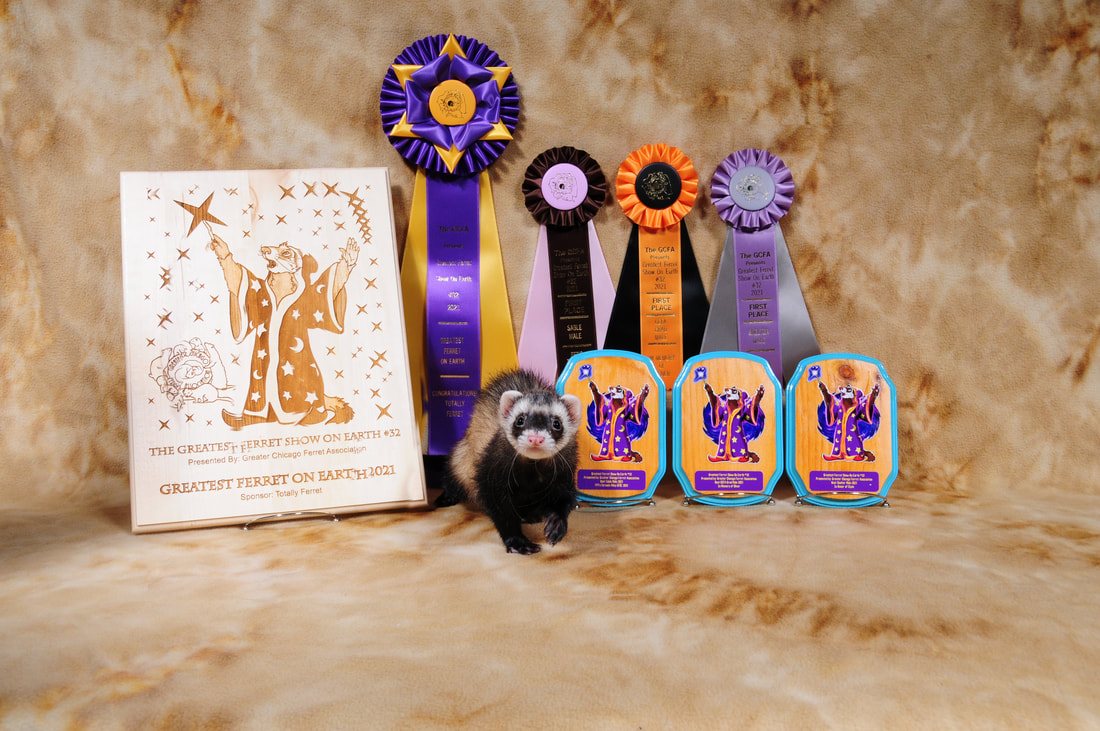 Margaret Musiel's Lucius (aka Rufus)- Greatest Ferret On Earth 2021
​Photo Credit: Digital by Joe & Suzy
October 8, 2022
Please join our Facebook Group for all the latest news!
The Greatest Ferret Show On Earth, also referred to as GFSOE, is the longest running ferret show in the United States.  Come celebrate our 33rd year with us!   People from near and far show their ferrets in classes that are evaluated by judges for colors, patterns and structure.

GFSOE is the largest fundraiser of the year for the Greater Chicago Ferret Association (GCFA).  All proceeds go to help the homeless ferrets who are under the care of the GCFA Shelter, which was founded in 1987. During this time, the GCFA has rescued more than 9300 ferrets. Yearly, 250-350 ferrets find their way to the GCFA through rescue and relinquishment.
​
​The Greatest Ferret Show On Earth is NOT sanctioned by the American Ferret Association (AFA).
Points and Placements for this show will not be part of the AFA Points System nor count for AFA Ferret of the Year.

The Greatest Ferret Show On Earth is for altered and chemically altered ferrets only.

PLEASE BE ADVISED:
All ferrets brought into the show hall must have proof of distemper vaccine or titer results administered within one year before the show date. Rabies vaccine is recommended but not required. ADV testing is not required.
Help Promote The Greatest Ferret Show On Earth!
Show Flyer

﻿﻿Brought to you by the Greater Chicago Ferret Association 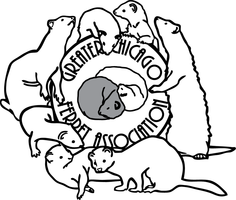